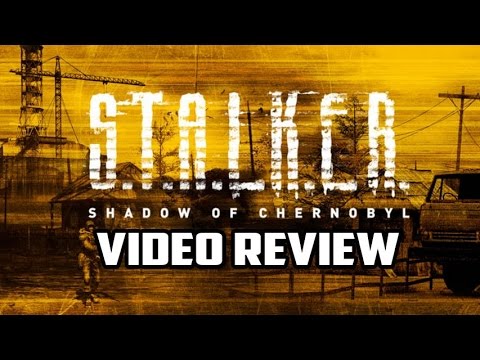 The game is set in an alternative reality, where a second nuclear disaster occurs at the Chernobyl Nuclear Power Plant Exclusion Zone in the near future and causes strange changes in the area around it. The game has a non-linear storyline and features gameplay elements such as trading and two-way communication with NPCs. The game includes role-playing and first person shooter elements.

The background and some terminology of the game ("The Zone", "Stalker") is borrowed from the popular science fiction novella Roadside Picnic by Boris and Arkady Strugatsky and the 1979 Andrei Tarkovsky film Stalker that was loosely based on it, as well as Stalker, the film's subsequent novelization by the original authors. The term "Stalkers" was later used for the scientists and engineers who explored the interior of Chernobyl's "sarcophagus" after its hasty construction in 1986. In addition, 'The Zone' is also a term used to refer to the 30 kilometer Chernobyl Exclusion Zone, established after the accident.

In S.T.A.L.K.E.R, the player assumes the identity of an amnesiac "Stalker", an illegal explorer/artifact scavenger in "The Zone", dubbed "The Marked One". "The Zone" is the location of an alternate reality version of the Zone of alienation surrounding the Chernobyl Power Plant after a second, fictitious meltdown, which further contaminated the surrounding area with radiation and caused strange otherworldly changes in local fauna, flora and the laws of physics. "Stalker" in the context of the film refers to the older meaning of the word as a tracker and hunter of game or guide.