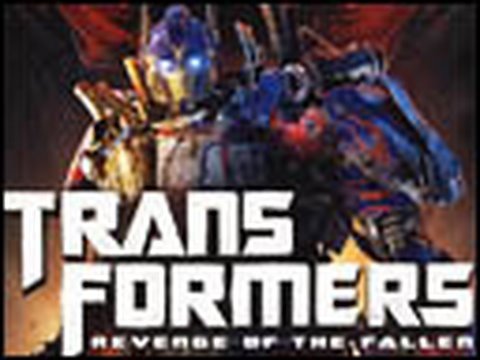 Classic Game Room HD reviews TRANSFORMERS THE REVENGE OF THE FALLEN for Xbox 360, aka Transformers 2 review for Xbox 360. This is the same version that appears on PS3 / Playstation 3 also called Transformers Revenge of the Fallen. This CGRHD review of TRANSFORMERS 2 has gameplay footage from Xbox 360 in HD showing game play in Transformers Revenge of the Fallen. Published by Activision, there are numerous versions of this game available. This version, the 360 and PS3 version. Also the different Wii version, two different flavors (Autobot and Decepticon) available for Nintendo DS and a PSP variant of the game. Here on Xbox 360 the gameplay is fast and fun, you get to collect and play as numerous Transformers!!! Mighty robots, mighty machines.... or was that Go Bots...? More than meets the eye!! There we go, that's Transformer lingo. Play two different campaigns, Autobot and Decepticon. The missions are broken into little chunks of explosions as you complete things in a race against the clock. Blow that up, shoot that thing, capture humans, etc... Play as Megatron, Optimus Prime, Starscream, Sideways or the lame-ass , goody-two shoes Autobots. Transformers 2 for Xbox 360 has XBLA support for multiplayer and leaderboards, it also has a free roam mode that you can unlock and roam around freely shooting tanker trucks. Fun, explosion packed and very well made, young and old fans of the series will find something to like in Transformers Revenge of the Fallen for Xbox 360 and Playstation 3. Watch the Classic Game Room reviews of Transformers 2 for Wii and Nintendo DS as well. The Xblx 360 version has loads of achievement points to earn through the game.